An abdominal aortic aneurysm is an enlarged dilated blood vessel, which supplies blood to body and lower limbs. The aneurysms usually remain silent, until they rupture and cause death. Large aneurysms can cause abdominal discomfort and back pain but are usually missed. Countries like USA & UK have screening programs where aneurysms are picked up during routine scans in people who are at high risk. In India, there is no data about the incidence of aneurysms because of lack of awareness and lack of screening programs unlike in western countries.

A 69 yr old retired gentleman presented to me with complaints of dull aching abdominal pain. He was a known case of liver cirrhosis and portal hypertension and was on treatment for the same from another tertiary care hospital. He had a history of smoking and alcohol intake since 35 to 40 yrs but had allegedly stopped after his liver diagnosis. Abdominal CT revealed a 5.4cm abdominal aortic aneurysm in the infra renal segment with thrombus lining the walls of the iliac arteries. However the anatomy of the aneurysm was well suited for an Endovascular Aneurysm Repair Procedure (EVAR) of the abdominal aorta.

Pre operative clearances were taken and the patient underwent Endovascular Aneurysm Repair on the 29th of November 2018 (Monday) at Holy Spirit Hospital Cath Lab. Platelet transfusion was given intra op in view of low platelet count due to the liver pathology. Under General Anaesthesia, bilateral groin cutdowns were done and bilateral femoral arteries were exposed and controlled. After sheath insertions and angiograms the aneurysm was visualised and planning of the proximal and distal landing zones of the stent graft was done. The Main Aortic Bifurcated Body of the Stent Graft System was introduced from the left femoral and positioned in the infra renal portion such that the lowest renal (left) was perfused and the proximal seal of 2cm was achieved. After partial deployment of the main body the contralateral gate opened up and cannulation was done from the right femoral into the graft limb. The contralateral limb was deployed from top down into the right common iliac artery. The Main body deployment was then completed from the left and graft interstices were ironed using a complaint balloon. Check angiograms revealed no endoleak / leak into the aneurysm sac and blood flow was diverted from top to bottom via the graft with no blood filling the aneurysm sac. Post procedure both femoral arteries were repaired and groin incisions were closed.

Post operatively the patient was monitored in the ICU for a day and then shifted to the ward for care. He was ambulant from post op day 1 and eventually was discharged on post op day 3 as he walked home unassisted.

Abdominal aortic aneurysms have to be treated when they grow up to more than 5cm in size, because there is a growing risk of sudden rupture beyond this size. The average growth rate of aneurysms is around 0.4cm per year if untreated. We have no idea as to how many sudden deaths in elderly are due to rupture of aneurysms, especially in our country where hypertension, smoking and fatty food intake is highly prevalent. Size is the best determinant of rupture where 40% of untreated aneurysms 5.5-6cm or larger will rupture within 5 years. The average survival without treatment is around 17 months.

Although there is seriousness attached to this condition, there is no need to worry, as these can be tackled very efficiently by key-hole surgeries (EVAR). Open aneurysm repair is reserved for difficult anatomies and younger presentations in most cases. With adequate planning and good aneurysm morphology, EVAR has the ability to treat almost any aneurysm with minimal mortality and morbidity rates. We are proud to be able to serve patients with this modern modality at Holy Spirit Hospital.

Under the shadow of Novel Coronavirus in Mumbai, there are some positive news .A  Patient of Dr . Susan Sodder, a 36 year old woman  who was 7months pregnant came to Holy spirit Hospital on the 27th June 2020 having symptoms of vomiting, Diarrhoea, cough and fever .

In her 10 years of marriage the patient had a history of 4 pregnancies with no live child ,Lost her 1st child soon after birth and also had been operated for nephrectomy and a  was a known Diabetic on insulin for the past  6 years .

On being admitted she was tested positive for Covid-19. In 3 days of being admitted her Oxygen Levels dropped rapidly and she was shifted to the ICU  and was given Antiviral Treatment .

A detailed Standard Operating Procedure had been laid out for the patient by the  hospital authorities after examining International case studies, Guidelines were implemented by the Obstetrics and Gynaecology Department (Headed by Dr. Susan Sodder)  along with the Infectious Disease Doctors (Dr .Nadeem Motlekar and Dr Sajit Babu ) and the paediatric department while the Covid-19 pregnant women was treated .

The patient recovered and has given birth to a Healthy Baby Girl.

She is forever grateful to Dr Susan Sodder for her Guidance and Support.

Covid -19 A Journey of hope and courage

Covid - 19 has been in the limelight for more than 7 months now which has caused mass devastation
and remains a threat to humanity. When we started our journey to fight this enemy. We were
caught unaware without any formal guidelines but there was hope and courage to overcome
resources, guidelines and directives.
Which started as a small area of 37 beds to presently able to accommodate more than 120 patients.
The deadliness of the virus did not stop us from helping the most severe affected who needed our
help. With over more than 1400 patients treated. This journey of hope and coverage is far from end.
Giving us a boost are our patients from bailing a 6 months pregnant lady to all the geriatric people to
loosing only a few. The smile on their face, their faith in us, their helpless to want to live make us
stronger each day. No way are we going to give up our fight against this deadly virus and would
certainly defeat it bringing it to dust.
Our strong ICU team stands as a barrier against COVID-19.
WE WILL NOT LET GO TILL OUR LAST BREATH ANY OF OUR PATIENTS.

There have been several instances of people who have displayed immense endurance and strength and have successfully recovered from Covid.19.

A young lady with 28 weeks’ pregnancy was admitted to Holy Spirit Hospital with severe Covid-19.

She was detected to have severe Infiltrations in Both Lungs and was admitted to the ICU where she stayed for 10 days. All over the world the experience in treating such cases was limited. However the team of Doctors and Staff quickly assessed the case and instituted treatment. The team reviewed all available information and data in treating Covid -19 in pregnant women.

Hereinafter their team work and timely decisions led to full and completed recovery of this patient. “The patient has been discharged and returned home to complete and safe progression of her pregnancy.” quoted Dr. Nadeem A.G Motlekar (DNB,FCCM,MD)

We applaud or Doctors and Staff for displaying exemplary professionalism and Great Compassion. 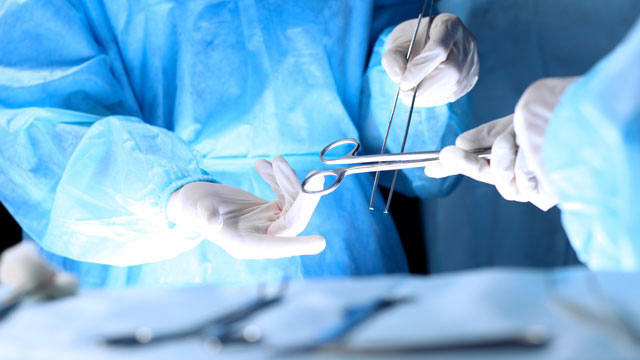 After a Multidisciplinary Oncology opinion by our team of Doctors preoperative Radiotherapy was decided and was given by Dr. Ajay Kolse (Head of Radiation Oncology ) Dose 50.4 Gy in 28 fractions over 6 weeks . The patient tolerated her radiation very well and was sent home and asked to follow up after 6 weeks with a restaging MRI SCAN. Dr Dale Rodrigues (Surgical Oncologist) operated this patient after 2 months of completion of her Radiation. The Patient was explained in detail about Limb saving surgery and the possibility of an amputation. During the surgery, the blood vessels i.e. Femoral vessels were completely encased by the mass. This would have otherwise gone for an amputation of the leg but with the help of our Multispeciliality team at Holy Spirit Hospital that is Onco-surgery, Vascular surgery and Plastic surgery we were able to save her leg. Dr Dale Rodrigues resected the mass and the encased femoral vessels. The surgery was then taken over by Vascular surgeon Dr Aniruddha Bhuiyan by grafting the 2 ends of the blood vessels with a PTFE graft thus saving the vascularity of the limb and in turn the entire lower limb. The plastic surgeon Dr Parag Vibhakar then took over to cover the grafted vessels by transposing the thigh muscles .The patient was kept on blood thinners in the postoperative period with continuous monitoring of her distal pulses .Final Histopathology report showed residual viable intermediate grade myxofibrosarcoma ,16cms in size with circumferential margins free ,vascular cut margins free of tumour and absent lymphovascular emboli . The Patient has recovered very well with minimum dysfunction and is walking after surgery with adequate physiotherapy. She is extremely happy with the outcome and thanks HOLY SPIRIT HOSPITAL and its team of doctors for believing in her .